EXPLORE THE MOST BIKE-FRIENDLY CITIES IN THE U.S. 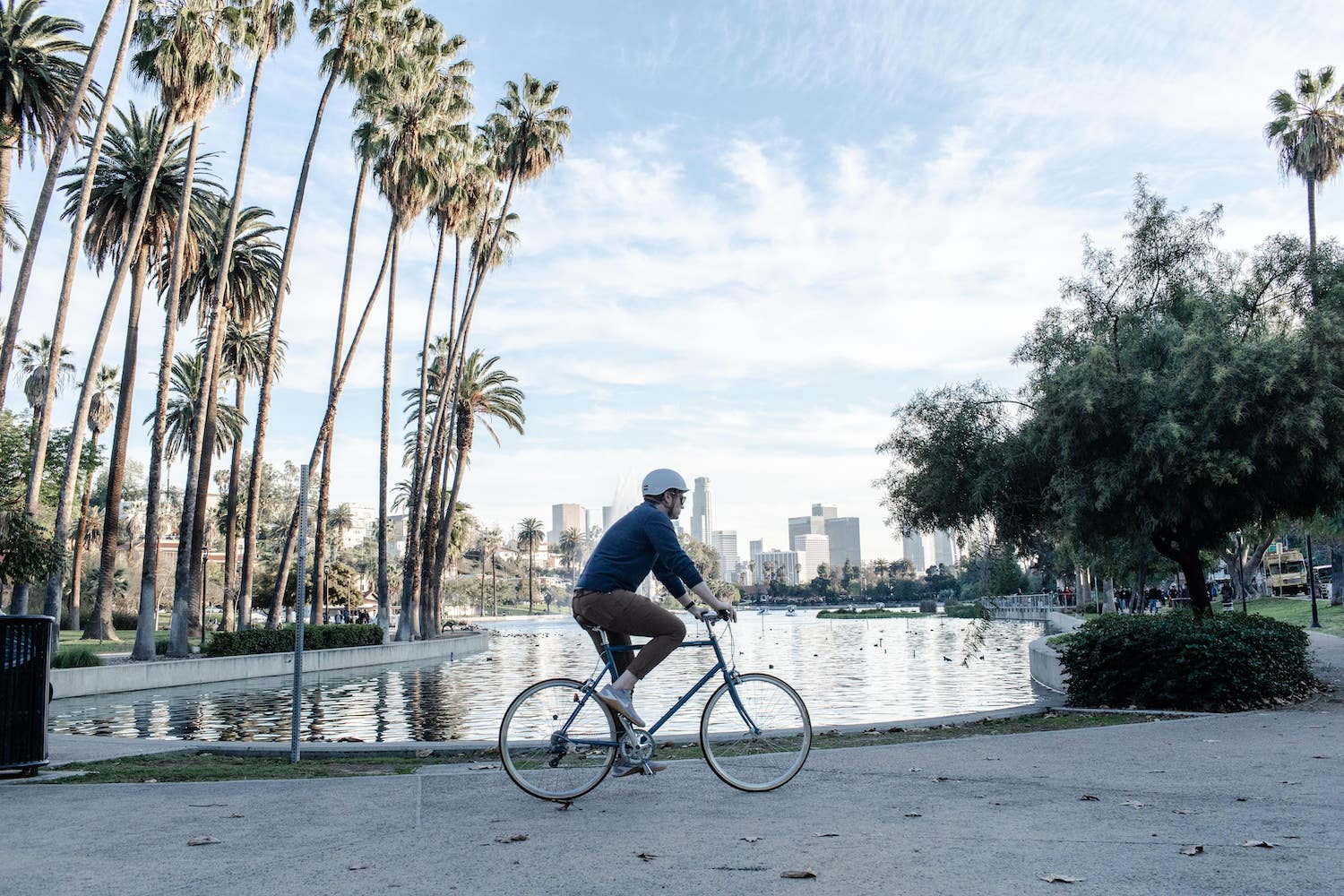 Whether you commute to work by bike or just want to enjoy a leisurely cruise around town, we can all agree some cities are built for better biking experiences. That’s why we scoured the internet and consulted The League of American Bicyclists and People for Bikes to round up a list of the top 5 most bike-friendly cities and states in the U.S.

GET TO KNOW THE MOST BIKE-FRIENDLY CITIES IN THE U.S.

Let’s break it down. 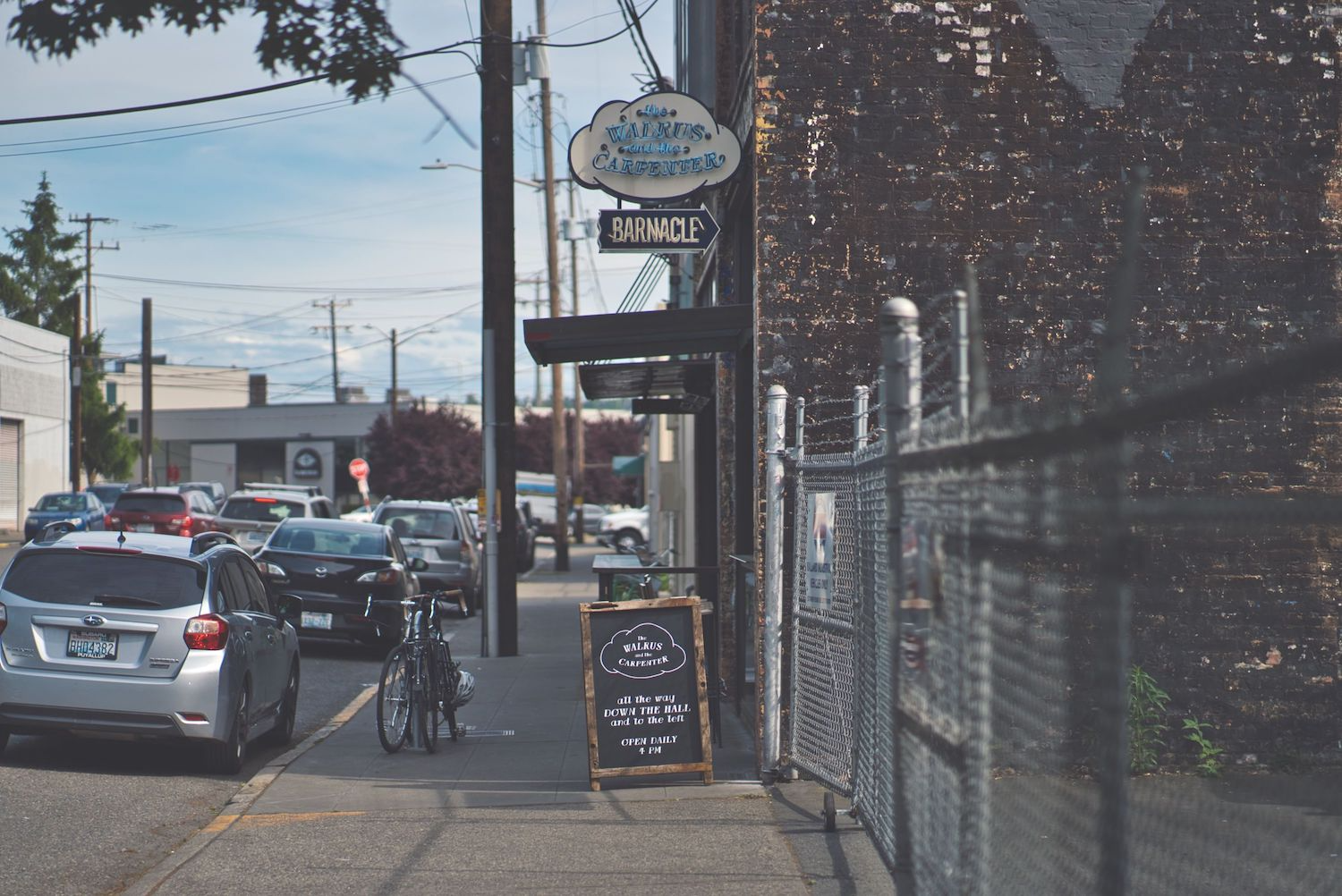 Washington consistently shows up on biking “top” lists, and for good reason. It’s one of the most bike-commuter-friendly cities in the nation and has nearly 20 bike-friendly communities (with bike lanes on high-speed roads, bike safety education in schools, bike-to-work events, and more). It’s also ranked the top third state to implement programs and policies to keep riders and non-riders alike safe and educated. One of Seattle’s most coveted bike rides is the 30-mile Seattle Urban Loop. 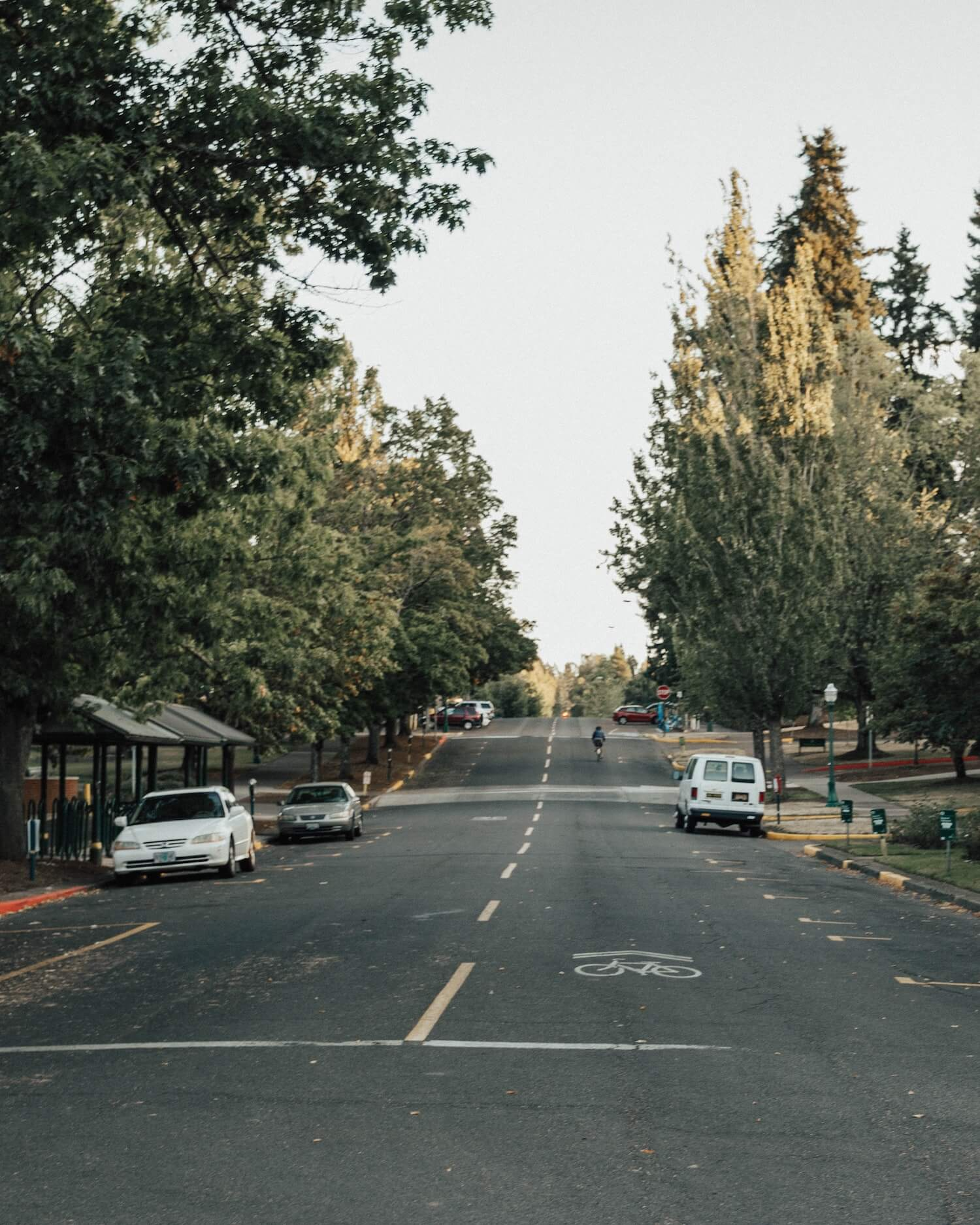 Fun fact: Eugene began developing its bikeways back in the 1970s. Ever since, the city has prioritized and made major progress to connect them. In 2019, Oregon ranked number one in commuter ridership. The state also has the second lowest number of bike-related fatalities and an unparalleled Safe Routes to School program. You can’t go wrong with getting on two wheels and exploring one of the 7,775 trails in and around Eugene. 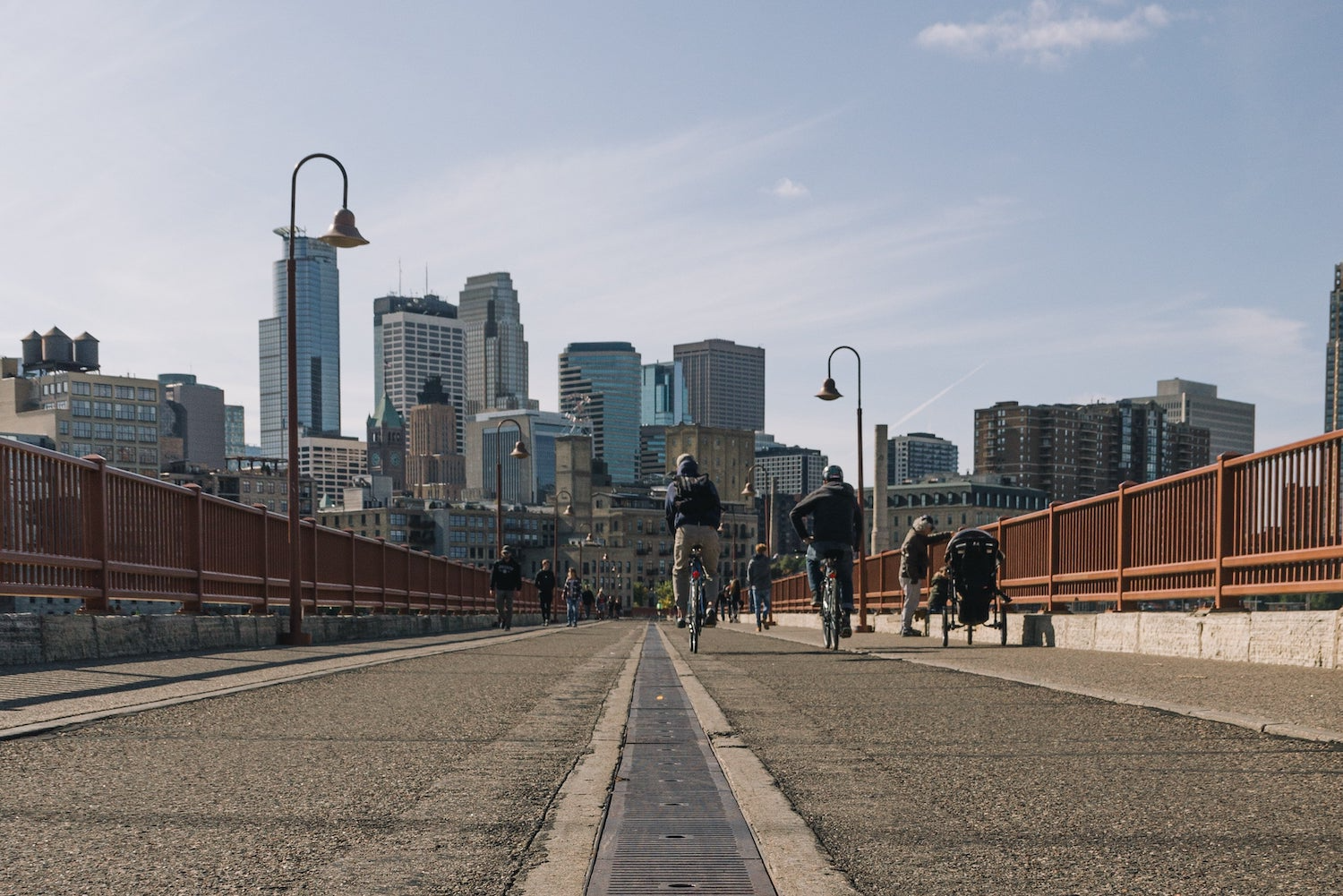 Bike culture is strong in the midwest thanks to Minneapolis and its fearless winter riders. In 2019, the state ranked number 10 in the most federal dollars spent (€6.00 per capita) on biking and walking. Minnesota has 31 bike-friendly communities, 96 bike-friendly businesses and six bike-friendly universities. Looking for a lakeside cruise? Minneapolis offers several, but you’ll especially love The Chain of Lakes bike ride. 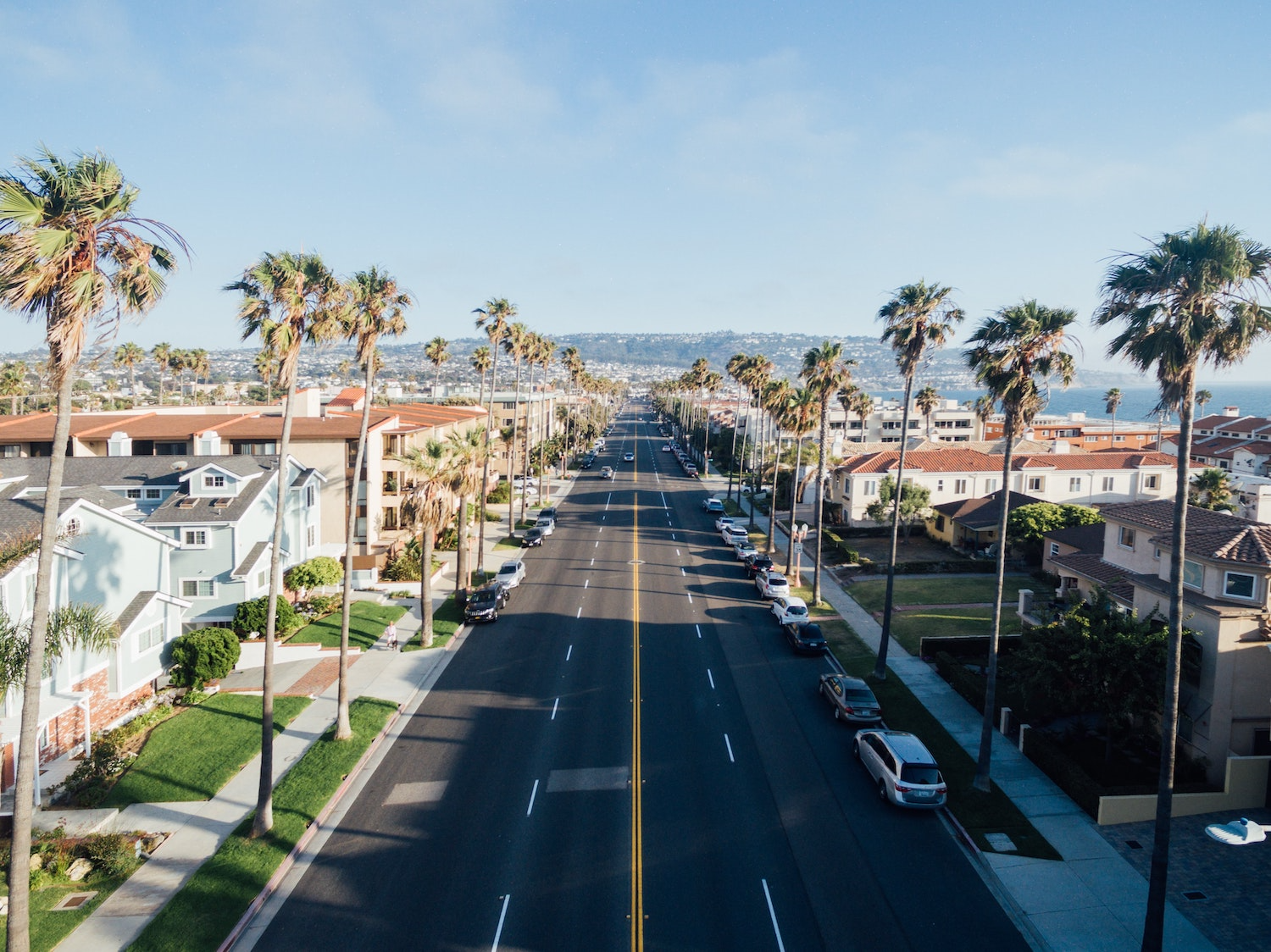 California is a big state with 66 bike-friendly communities and 20 bike-friendly universities (have you seen Stanford?). The sleepy coastal city of Santa Barbara, as well as LA’s famed Santa Monica, both rank in the top 20 bike-friendly cities in the nation, according to People for Bikes. California cyclists will especially appreciate that the state invests more resources in bike-related programs and policies than any other state. Our advice: Take a leisurely ride through Santa Barbara’s wine country on one of four different routes. Cheers! 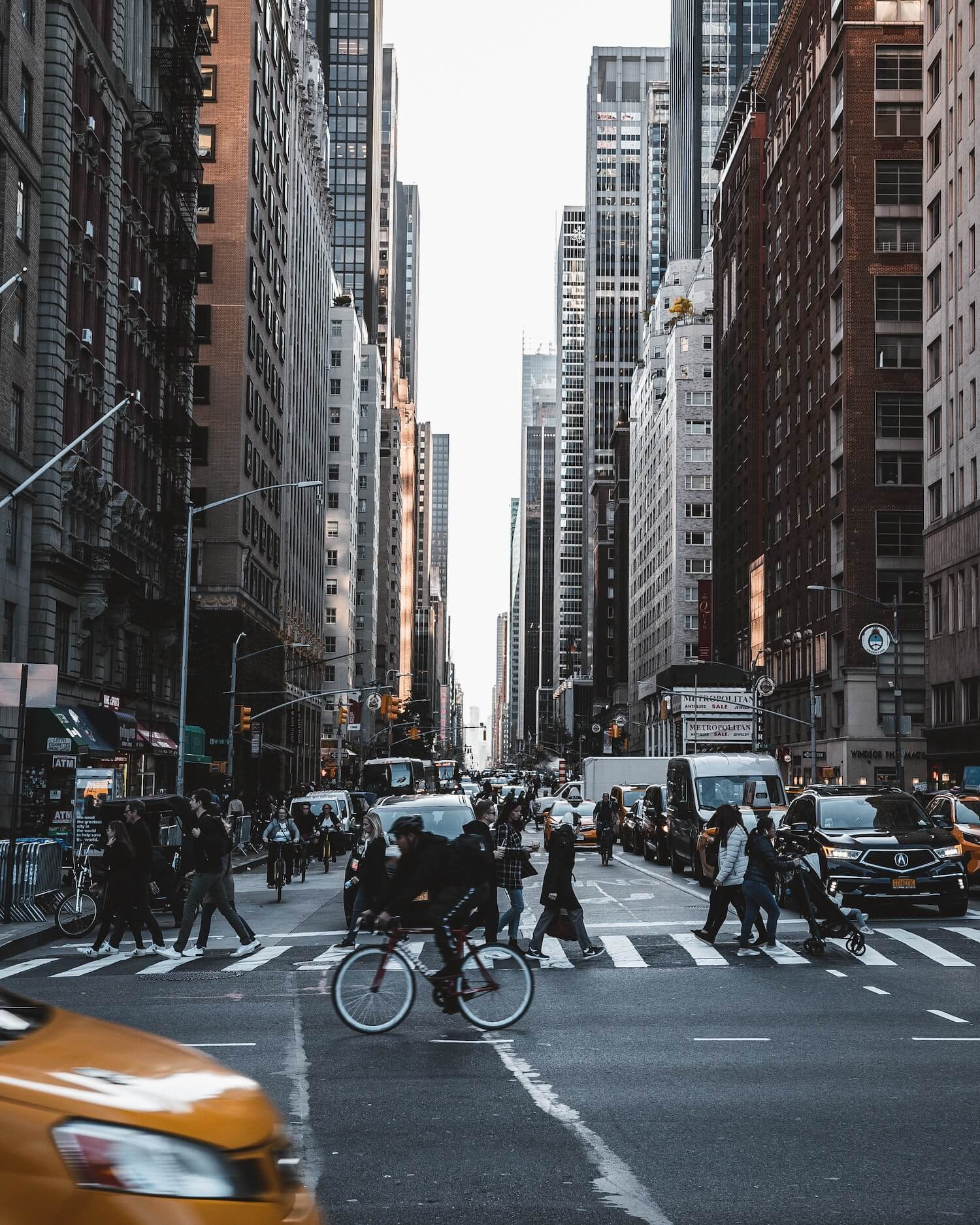 The flurry of yellow cabs and sea of pedestrians can’t keep New Yorkers from pedaling through the city’s always-pulsing arteries. Brooklyn is no exception, also scoring in People for Bike’s top 20 list. Last year, Manhattan worked tirelessly to add more bike lanes and connect its expanding network. The city also offers North America’s largest and most active bike-sharing programs. Here you’ll find more folks than anywhere else in the nation riding bikes as a means to get around but also just for fun. If you're looking for a leisurely ride, hop onto the Ocean Parkway Greenway, a nearly 5-mile route that became the country’s first-ever bike path in 1894.  Read more about New York riding here.

Before you head out, don’t forget to protect your head. Shop our range of bicycle helmets sure to look good on you and any one of these city streets.